Magical Monday is just a couple weeks away! Get your unlimited ride wristband for $20 at Gillian’s Wonderland Pier the day of the event: July 29, 1-4 p.m. This event benefits CASA for Children of Atlantic and Cape May Counties. 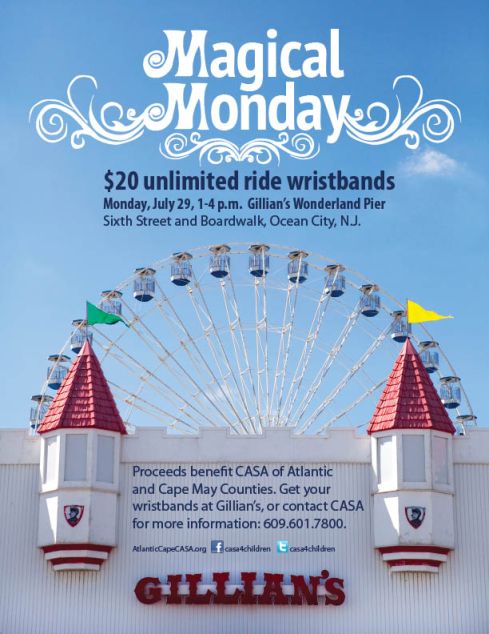 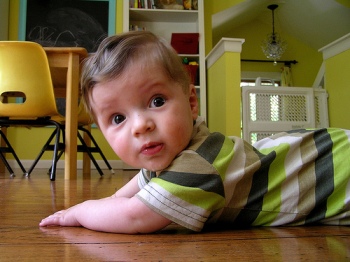 When CASA Volunteer Teresa first read David’s case file more than two years ago, she was horrified. David was sexually abused by his mother as an infant, and the Division removed him from her care when he was just six months old. Though shocked, Teresa did not hesitate to take on the case in her new role as a CASA.

“Right away, I thought, someone has to save this kid so he didn’t end up back there. If [sexual abuse] is already starting at that young of an age, I could only imagine how much worse it could get,” Teresa said. “I couldn’t even imagine someone doing that to their own child, especially at that age.”

In addition to the abuse by David’s mother, the mother’s boyfriend was previously charged with receiving child pornography, for which he was incarcerated, and he had received probation for having alcohol in the presence of an underage girl. He was perpetuating the mother’s sexual abuse toward David.

Teresa understands how important it is to advocate for foster children in this age group.

“They can’t speak for themselves; most of them are just learning to speak, and they don’t know what’s right or what’s wrong,” she explained. “They just want someone to love them and pay attention to them. If their parents aren’t the right ones for them, they may not know that. They need someone to be their voice.”

When David was removed from his mother’s home, he was placed in foster care with a very nice woman, and he stayed with her for more than two years. During that time, Teresa made sure that David was receiving the appropriate care at his foster home and that he had access to services that would ensure his continued safety and growth.

Teresa was always very happy with the foster mother; she took good care of David and shared Teresa’s understanding of advocacy, and the need to keep David healthy. Once David was in his foster mother’s care for a year, Teresa advocated to the court that he continue living there until permanency was established.

“From the beginning, if she saw anything, she would always fight for what he needed, medical-wise,” Teresa explained of the foster mother. “[David] had ear infections often, so his speech was delayed because it was affecting his hearing. So she pushed to get him to a specialist. She continued to push for his best interest in helping him reach his full potential.” Teresa also supported David by recommending these services through her reports to the court.

David was flourishing in his foster home. He was reaching his developmental milestones on time, he appeared happy during CASA visits, and he did well in daycare while his foster mother was at work.

“Every time I would go visit, David was always very affectionate [with his foster mother] and would go over and hug her and kiss her. You could tell from very early on that there was a bond,” Teresa said.

David’s foster mother had been very interested in adopting him for a long time, and Teresa felt that she would be a great fit for David. David’s mother has been in jail during his entire stay in foster care, and she signed paperwork to relinquish her parental rights. When potential placements with David’s grandparents and father were ruled out by the Division, David was finally able to be adopted by his foster mother.

Teresa was assigned to this case in early 2011, and David’s adoption took place just last month. We are so glad David had a dedicated CASA like Teresa and that he now has a forever family!

Teresa is one of over 200 CASA Volunteers in Atlantic and Cape May Counties fighting for the rights of children living in foster care. CASA is central to fulfilling society’s most fundamental obligation by making sure a qualified, compassionate adult will fight for and protect a child’s right to be safe, to be treated with dignity and respect and to learn and grow in the safe embrace of a loving family. Join the Movement by calling CASA today at (609) 601-7800.