Layla, 5, and her brother, Brian, 3, were abused and neglected at home. They were placed with their grandmother, an elderly woman who soon realized she was ill-equipped to care for two young children. Layla and Brian were moved to a foster home, the first in a series of five placements in six months. The one constant in the children’s lives was their CASA volunteer, Carole, who was the first to visit them in each foster home. 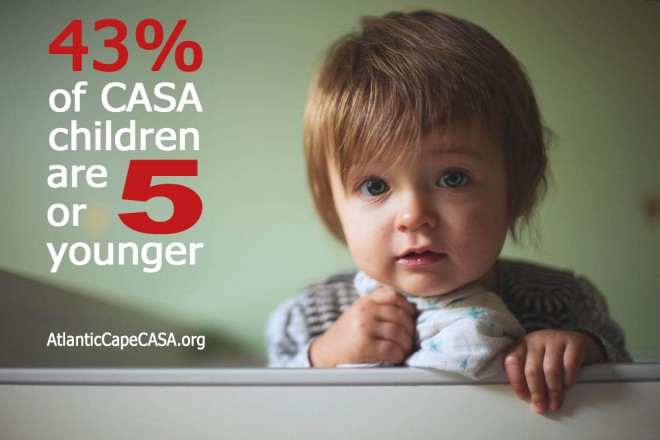 With a sixth move pending, CASA Carole recommended during a court hearing that the children must be kept together in any placement. Shortly after Carole’s recommendation, the children were moved together to a new home, where they are thriving. #BeACASA

Court Appointed Special Advocate (CASA) for Children’s mission to speak on behalf of abused and neglected children is central to fulfilling society’s most fundamental obligation to protect a child’s right to be safe, treated with respect and to help them reach their fullest potential. For more information about CASA, visit AtlanticCapeCASA.org.